From the Cauldron with Godfrey: Cats should be worshipped! – Nyx Halliwell Author 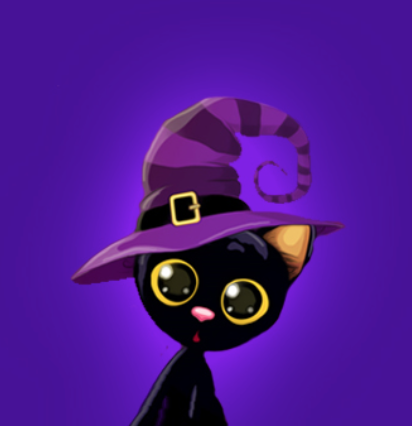 From the Cauldron with Godfrey: Cats should be worshipped!

Once upon a time, in ancient lands, cats were worshipped as gods. Can you believe it? Those ancient Egyptians, Greeks, Chinese, and Norse folks had it right. All are renowned for revering cats as deity.

I couldn’t agree more! I’m pushing to bring cat worship back. What do you think?

Here are some of my favorite historical facts about the smart humans in those ancient civilizations:

Still not convinced? How are cats superior?

In all kinds of ways. Let me extol their virtues!

For one, studies prove they love humans more than food, toys, and even catnip. That’s crazy but true!

Also, humans owned by a cat are more intelligent! Again, there are scientific studies to confirm this, and I do like my science. You can’t argue with that!

Adopting a kitten or older cat from the humane shelter? Good for you! There are too many being euthanized and they long for someone to take them home and love them. The great thing is that, on average, cats are cheaper to adopt than dogs!!

Plus, cats take up less space and live longer. They don’t bark, they smell MUCH better than dogs, and you don’t have to walk them. Give them a sunny windowsill and scratching post, and meow! You’ll have a content and happy mouse terminator and foot warmer for chilly nights.

Best of all? Cats make the BEST memes! What more do you need?

Yes, it’s time we brought back cat worship, and I’m not just saying that because I’m a genius (Did you know I’m Einstein reincarnated?) or because GOD is part of my name. Cats really are one of the most exceptional, honored, and revered animals on the planet. Take it from me—I am a genius after all!

🐾 Until next time, this is Godfrey, meow-god of the Whitethorne Nation, signing off from the cauldron 🐾